Rooney Ultrasonic Summer Tour aka The Greatest Night of my Life

Last Saturday, Ben and I went to see Rooney in concert. They are not a super popular band, but they were my favorite band for all of junior high and most of high school. One song in particular, That Girl Has Love, really resonated with me and got me through some of my hardest times. I would come home after school and play it on repeat. I even did a presentation on it for my high school psychology class. And when I was on college, I got the name tattooed on me.

We arrived at the venue and got our VIP passes, and then before the show started it was time to go in to meet the band. Robert, the lead singer, is the nicest person. We all just chatted and hung out while the band signed posters. When it came time to sign mine, I showed Robert my tattoo and told him how the song helped me. He seemed really surprised and kept thanking me. He even took back my poster so he could write "That Girl Has Love" on it next to his autograph. When it was time for us to leave, Robert puled me aside and took a picture of my ink.

Since we got there early for the meet and great, once it was time for the show we got to be right up at the stage, I could even see the set list! The show was so good and they were amazing live! When it about time for them to play That Girl Has Love, Robert started telling everyone about my tattoo. I jumped up and yelled "that's me!" and then he pulled me up on stage to show everyone!

After the show ended they came back out and played four encore songs all from their first album, the one I listened to everyday after school. Seeing them live was amazing, and getting to thank them in person for That Girl Has Love was surreal.

After the show the crew was handing out stuff from the stage and I got a copy of the set list! Robert was hanging out with fans after the show and people kept coming up to me too. This was seriously one of the most amazing nights of my life and I am still running on the adrenaline rush!

Have you ever met a favorite bad? If you met your favorite band, what would you tell them?

Posted by JFloColman at 2:55 PM

Email ThisBlogThis!Share to TwitterShare to FacebookShare to Pinterest
Labels: Random 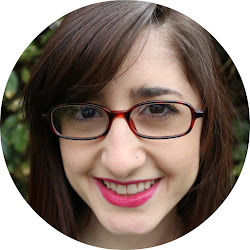 Hi! My name is Jacquie and I am a misplaced New Yorker, living in Northern Virginia. By day I work as an SEO account manager, and I am a beauty, nail, style, and lifestyle blogger by night. I am obsessed with Lady Gaga, Disney, and cats.

I am extremely proud of my Greek heritage. I'm actually a mix of Greek, Polish, and Russian, but for some reason I most closely identify...